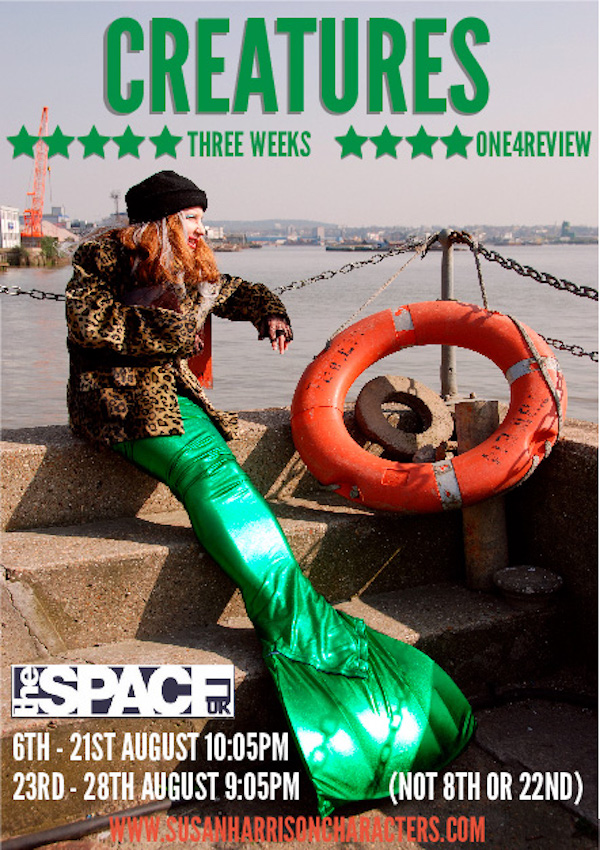 A highly original, multi character show. Welcome to the Annual Creatures Meeting (ACM) where guest speakers include a horse who longs to be a unicorn, an elderly mermaid and a drug addicted borrower.

“Her character sketch show is akin to being at a conference in The Office with the cast of Anamaniacs. It’s better than most TV shows of a similar format but it would be a crime to put a screen between the audience and her ferocious presence” **** (The List)

Click here to watch a teaser video of Creatures, which was produced by Princess Productions with a view to pitching a series (written by Susan Harrison) inspired by the stage show.